Meet Inspiring Speakers and Experts at our 1000+ Global Events inclusive of 300+ Conferences, 500+ Workshops and 200+ Symposiums Every year on Medical, Pharma, Engineering, Science, Technology and Business.

The 5th International Conference on Clinical & Experimental Dermatology during July 13-15, 2015 at New Orleans, USA. Scientific program and workshops will focus on current advances in the research and use of Dermatology with particular focus on its role in maintaining health and preventing diseases along with Dermatopathology, Teledermatology, Herbal Dermatology and Skin Cancer. OMICS International Organizes 300+ conferences, 500+workshops and 200+ symposiums on Clinical, Medicine, Pharma and Science & Technology every year across USA, Europe, Asia, Middle East, Australia and UK with support from 1000 more scientific societies and Publishes 500 open access journals which contains over 30000 eminent personalities, reputed scientists as editorial board members.

Primary care providers are often unable to diagnose and treat skin disease; The economic burden of skin disease in the United States is large: approximately $35.9 billion. In New Orleans 153 dermatologists are there in them 94 dermatologists are top rated. By considering on a whole 60% of the dermatologists are top rated.According to Center watch Benchmark research New Orleans report dermatology stands second in Therapeutic Areas. The American Academy of Dermatology (AAD) is one of the largest organizations of dermatologists in the world. It was founded in 1938 and represents 18,000 dermatologists in the United States. The Dermatologists industry is growing, due in large part to the aging population and the mounting awareness of the dangers of sun exposure. The $10.1 billionU.S dermatology market is expected to grow to $ 13.1 million by 2017, representing a 5.3% CAGR. The Patient Protection & Affordable Care Act (“PPACA”) is also contributing  to industry growth due to an increased number of covered lives and 100% Medicare coverage for annual preventative sessions for seniors.

Dermatology is the branch of medicine dealing with the hair, nails, skin and its diseases. It is a specialty with both medical and surgical aspects. A dermatologist treats diseases, in the widest sense, and some cosmetic problems of the skin includes Acne is a long-term skin condition characterized by areas of blackheads, whiteheads, pimples, greasy skin, and possibly scarring. Skin cancer & malignancy of epithelial cells, Contact dermatitis, Kawasaki syndrome, Inflammation, scars & rashes, Viral skin diseases. The global dermatology markets reached $15.8 billion in 2012. The market is expected to reach $16.1 billion in 2013 and $18.5 billion in 2018 for a CAGR of 2.8%. An overview of the global market for treatments of skin diseases, perhaps the most common of human afflications.

The field of esthetic & cosmetic dermatology has gained remarkable interest all over the world. The major advantage of recent years is the high scientific levels of the most significant new developments in techniques and pharmacotherapy and other nonsurgical approaches like Laser resurfacing, Sclerotherapy, Soft tissue augmentation. With an aging population and increasing consumer awareness, demand for high-quality, innovative cosmeceutical products will be on the rise in 2014. In fact, Global Information, an information service company that partners with research firms worldwide, recently released statistics that stated that the global cosmeceuticals market should reach $31.84 billion by 2016. According to another report released by Medical Insight, the total retail sales of home-use devices and disposables are expected to rise by 11.4 percent per year to exceed $1.5 billion in 2017.

This study introduces the readers to most skin disorders, and some common procedures. However, as regards analysis, this study limits itself to prescription and therapeutic drugs for dermatological disorders. Cosmetic and aesthetic procedures, aging disorders, and wound care. BCC’s goal in conducting this study was to understand the current status of the US dermatological therapeutics industry and to assess it in the medium term from 2008 through 2013. We were particularly interested in understanding the future market potential for the current and emerging technologies and products within the dermatological therapeutics industry. This report assesses the available therapeutic procedures for skin, along with the drugs and technologies currently being used for various skin treatments. The role of public agencies, the regulatory environment, and non-governmental stakeholders has also been examined.

It is estimated that 1 in 52 men and 1 in 77 women in the US will be diagnosed with melanoma in their lifetime. Despite the fact that melanoma is one of the most rapidly increasing forms of human cancer, new treatments have been slow in developing and the mortality rate continues to rise. We now know that there are several well-defined risk factors for this form of cancer. Our report contains quantitative and qualitative analytical content, covering the present and future of the global cancer drugs market. Although our report is market-centered, we include medical and technical information. We include analyses of under-met market needs from the present looking forward. GMR Data forecast that Avastin will reach its financial peak by 2018 before losing its patent exclusivity in 2019. The drug is also set to benefit from a potential combination therapy, with EGFL7, for the treatment of colorectal and lung cancer, similar to that of Herceptin and Perjeta.

Dermatopathology is a joint subspecialty of dermatology and pathology and to a lesser extent of surgical pathology that focuses on the study of cutaneous diseases at a microscopic and molecular level. It also encompasses analyses of the potential causes of skin diseases at a basic level. Dermatopathologists work in close association with clinical dermatologists. In fact, most of them are trained primarily in dermatology themselves. Dermatologists are able to recognize most skin diseases based on their appearances, anatomic distributions, and behavior. Sometimes, however, those criteria do not allow a conclusive diagnosis to be made, and a skin biopsy is taken to be examined under the microscope or are subject to other molecular tests. That process reveals the histology of the disease and results in a specific diagnostic interpretation. In some cases, additional specialized testing needs to be performed on biopsies, including immunofluorescence, immunohistochemistry, electron microscopy, flow cytometry, and molecular-pathologic analysis.

The Dermatologists industry has increasingly expanded into cosmetic dermatology, with more dermatologists offering anti-aging procedures such as dermabrasion, laser treatments and Botox. These treatments have proven to be a high-growth sector for the industry and have contributed to the industry's consistently high profit margins. Dermatologists tend to locate in urban areas, close to hospitals and education centers. AMA data shows that about 75.0% of physicians are located in metropolitan areas, while the remaining 25.0% are located in rural areas. Key statistics on dermatologists and plastic surgeons and their market in the United States as of 2012. There were 9,641 practicing dermatologists in the United States. In the United States, demand for cosmetic surgery products is expected to rise with injectables as the largest and fastest growing segment on the market. The number of people who used a skin doctor (dermatologist) within the last 12 months in the United States (USA) from spring 2008 to spring 2014. In spring 2008, the number of people who used a skin doctor (dermatologist) within a period of 12 months amounted to around 28.93 million.

A veterinary dermatologists is a veterinarian with expertise in the diagnosis and treatment of animal skin, ear, hair, nail, hoof and mouth disorders. Specifically veterinary dermatologists have significant training and experience in the management of allergic skin disease. Companion animal ownership is continuing to increase. Sixty-two percent of US households now own a companion animal (excluding horses), equating to 72.9 million homes . Many other countries are witnessing higher than ever rates of companion animal ownership, including emerging markets such as Brazil, China, India, Mexico, and Russia. Spending on companion animals is also continuing to increase. In the USA, spending has increased from a total of US$23 billion in 1988 to an estimated US$51 billion in 2011. Around 25% of this spending was on veterinary care (including medicines) and a further 20% on over-the-counter products and supplies, with the remainder on food, accessories, etc. This trend is being mirrored in other countries.

The Dermatological diagnostics and therapeutics market is expected to grow steadily during the forecast period driven by increase in psoriasis market that is expected to boost competition among the existing products with more emerging therapies. Acne is the largest market segment of the dermatological diagnostics market accounting for 28.7% of the total therapeutics market followed by psoriasis (26.4%), rosacea (14.9%), and atopic dermatitis (9%). The overall dermatological diagnostics and therapeutics industry is forecast to witness tremendous growth rate and reach $38 million by the year 2013 with annual growth rate of 8.7%. Rising pressure is also forcing the companies to engage into licensing agreements and help them to expand their product portfolio and improve competitive positions in industry.

Why to attend Dermatology-2015?

To Collaborate Scientific Professionals around the World

All accepted abstracts will be published in respective Our International Journals.

Abstracts will be provided with Digital Object Identifier by 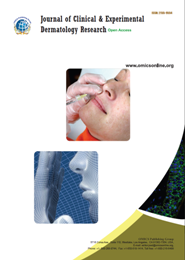 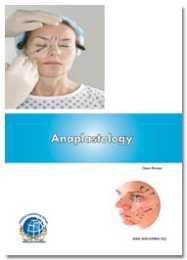 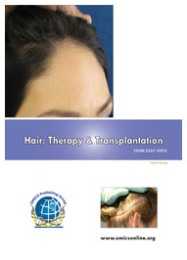